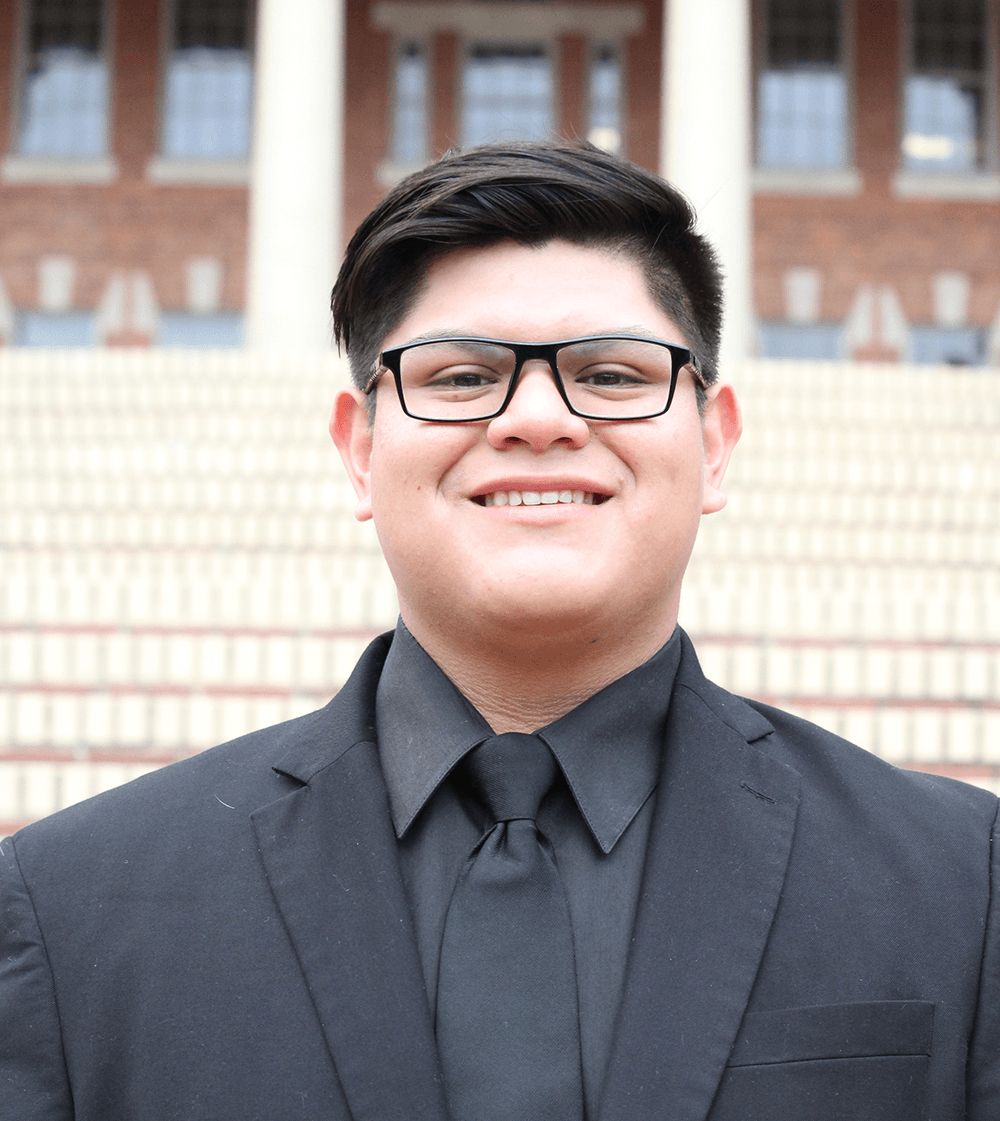 Kevin Emanuel Manzanarez, 18, is the second oldest of seven and a first-generation Latinx student at North Carolina State University in Raleigh, majoring in Agriculture Education. He is from the small town of Siler City, North Carolina, and the son of immigrant parents from Mexico, both from the great state of Guerrero. Despite facing many adversities at such a young age, he has demonstrated resilience, determination, and passion to make a positive difference in his community and within himself. He hopes to become an educator to be the voice for students whose voices go unheard the majority of the time by the school systems. Although he doesn’t plan on stopping there! He is determined to pursue a Master’s in School Administration to become one of the first Latinx principals in his school district. His passion for advocating for youth began during his first year of high school while participating in El Vínculo Hispano/The Hispanic Liaison youth group leadership program, Orgullo Latinx Pride. Being one of the first students to join the program, he has had the opportunity to work with an array of students to create a more equal and just community for others.