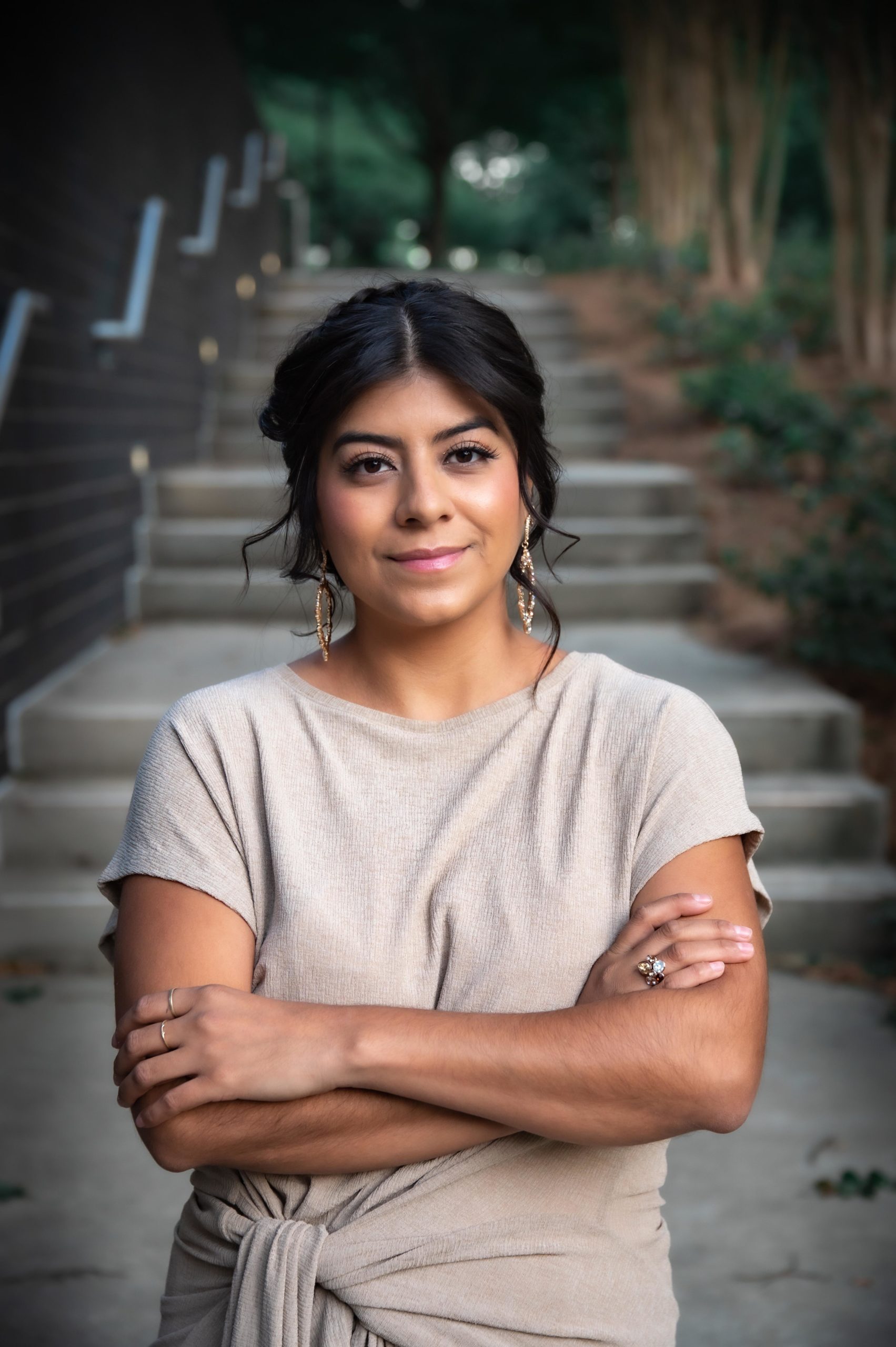 Flor is a first-generation Latina from a small rural town in eastern NC. She is the daughter of Mexican immigrants and the oldest of ten siblings. She has a Bachelors in Business Administration and Masters in Textile and Apparel Design. She recently moved back to NC after living in New York City for four years where she was working in the fashion industry. She worked with luxury designers Naeem Khan and Pamella Roland. She also started her own resort-wear brand called Flor Morena. She was ready to go into production, but the pandemic put the world at a standstill. COVID brought her back to her hometown. Due to the civil unrest of 2020, an intense election where so much was at stake, and other personal experiences, Flor had to take action.  She has taken a new direction in terms of work. Her community has taken priority and she has started a non-profit called Casa Azul de Wilson which will be a resource and cultural center for the Latinx community of Wilson.